As a result of our successful completion of the two Supported Living bungalows at Oswestry and Shifnal and the relationships we had established with Shropshire’s Adult Learning Disabilities Team and the Development Trust, we were invited to tender for the demolition of the two storey office block in Shrewsbury which was to be cleared for construction of a new Supported Living bungalow and a block of apartments for people with learning disabilities.  The build was an early 1970’s system-built office block and took two weeks to demolish and clear the site.  The brick and concrete were crushed on site and recycled as hardcore for the new buildings. The project value was £40,000. 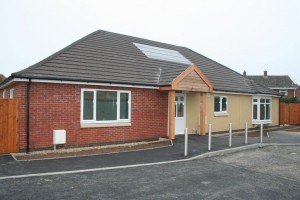 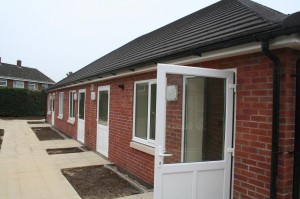