The Project is a new Apartment Block in West Bank in Chester, comprising of 4 No 2-bedroom Luxury Apartments.  West Bank is one of Chester sought after areas within walking distance of the City Centre.

Completion is scheduled for Spring 2014.  Sales will be direct through Abbey Archway. 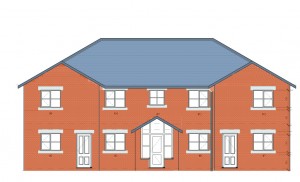